I'm happy to announce that a song I produced for the Gone Marshall music project, the Alternative Folk / Alt-Country, Buddhist and Spaghetti Western-Inspired ‘Seven Steps West’, is now available for presave on Spotify at http://ffm.to/seven-steps-west 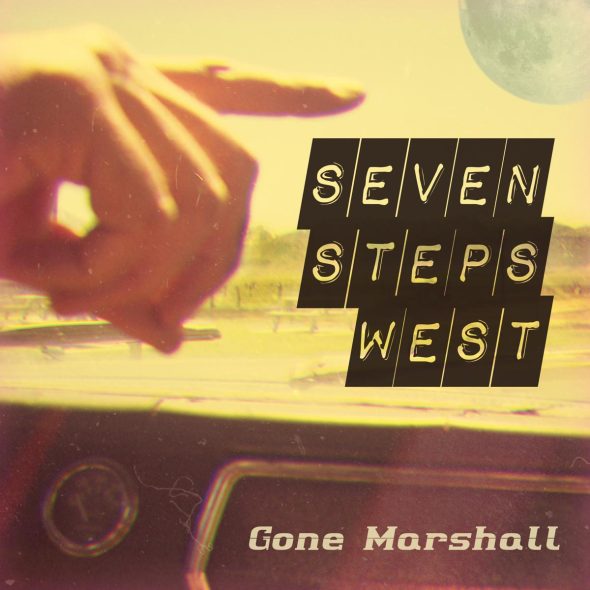 “Lyrically, the song is the story of a boy who never knew his father” explains Gone Marshall. “The father left when the child was a just a baby, leaving his mother to fend for her son without any support.

‘Seven Steps West’ goes a bit further than this though The title alludes to highly evolved states in human spiritual and psychic development, via the seven step journey in yogic traditions of Buddhism, the local religion where the hero of the song (the boy) was born.

According to Buddhist tradition, when reborn for his final incarnation, the Buddha took seven steps north as an expression of enlightenment.  He then took seven steps in the other cardinal directions, with his final steps being to the west. These seven steps represent how the infant would transcend the six realms of suffering and take the extra step into the awakened life that is the Buddha’s.

Although Eastern cultures are known to identify the West as the mythological place of death, in the American vision the west is associated with the frontier, and the notion of new beginnings – something akin to a kind of rebirth. So, I felt that this Americana western sound was appropriate for the song.

Ultimately, walking seven steps is a metaphor which implies enlightenment (Nirvana) as the ultimate destiny. With ‘Seven Steps West’, the song is intended to lead the boy – the unrealized seeker – to a final resolution with the missing father figure. Meanwhile, the musical foundations carry us with him to the mythological American West – the land of new beginnings.”

Listeners can pre-save and asve the song now on Spotify at https://ffm.to/seven-steps-west

Direct link to Spotify save and pre-save: https://ffm.to/seven-steps-west